Section A.  The Nitty Gritty -medical conceptualisation and treatment of ADHD

Note on answer A: although there is evidence that men and women who were diagnosed with ADHD are at ‘increased risk of police contact’, the existing evidence suggests crimes of violence are less frequent for ADHD without a comorbid conduct disorder.  See e.g.

Section B. History of ADHD

4) 1 point for any of the underlined points to a maximum of three points  -18-year-old American sentenced to 6 strokes (later commuted to 4) of the cane for vandalism in Singapore. Caused international debate over ADHD and responsibility for actions

5) J. Ritalin came on the market for hyperactive children in 1956
6) The parliamentary assembly in Strasbourg published a report on  Controlling the Diagnosis and Treatment of Hyperactive Children in 2002 partially based on a meeting in 1999. Subsequently, criticised by a reply from the Committee of Ministers
‘Some of the points raised in the Recommendation are at variance with the views held by the vast majority of the scientific community and that they are dangerously close to certain well-known theories which the “Church of Scientology” has promoted for some time but which do not stand up to serious scientific scrutiny.’ 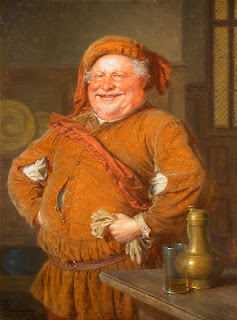 2) Bart Simpson. All the children in Southpark. If you know others email me –

3) Percy Jackson in The lightning thief by Riordan-.
Notes:  Symptoms are well described by Riordan and superpowers (sort of!) plausibly extrapolated from them. Other examples of superpower / ADHD symptom confusion appear to trivialise ADHD e.g. True blood’s Sookie Stackhouse   revealed she was thought to have ADHD as a child   when her ability to read peoples minds interfered with her ability to concentrate-
1)   Films -Charlie Bartlett becomes manic on Ritalin. In Pecker, Pecker’s sister is diagnosed with ADHD and becomes zombie is on Ritalin – consuming too much sugar caused her ADHD
TV: South Park –every kid in town prescribed Ritalin. Side effect extreme dullness. Bart Simpson; medication made him insanely paranoid

Some celebrities mention childhood hyperactivity, even a medical consultation without making it clear if they were diagnosed or even formally assessed for ADHD.
E.g. Usain Bolt the’ fastest man in the world’ told the Guardian (28th August 2010) that his Grocer parents took him to the doctor: "I was all over the place, climbing things. My mum goes, 'There must be something wrong with this kid', and the doctor goes, 'Nooooo, he's just hyperactive. ‘His Mum has commented that the doctor added that she should be careful with him by the roadside. Perhaps this was the limit of available treatment when Bolt was growing up in rural Jamaica?
Niels Albert the Belgian Cyclist tells a similar story. In  2009 he gave an interview on lunchtime Flemish news (Een, 10th January 2011). When he was around five years old, his mum thought he was hyperkinetic (another old name for ADHD) and consulted a pediatrician who advised her to find her son’s’ ‘thing’. Great advice but did all parents so advised find their kids  ‘thing’? Luckily, Albert found his ‘thing ‘nine years later, taking up cycle racing at 14.   Again it is neither clear if Albert was assessed nor, if assessed, diagnosed, and if the advice was supplementary to a treatment regime or in lieu of treatment.

I have avoided postmortem diagnosis e.g. Einstein and making my own diagnosis e.g. Schindler screams ADHD to me!
Some on the list are rumoured to have a diagnosis, but it is hard to establish that there is not a formal diagnosis (Although Bart Peeters recently denied having ADHD).  So if you know of a link, which seems to settle the question of diagnosis for any of the others, do let me know.

6) Love thought Ritalin prescribed in childhood fostered Cobain’s addiction
7) Wrong- scientific evidence suggests that children with ADHD are less likely to develop addictions as adults then their unmedicated peers.
Based on this, since Cobain took Ritalin for only three months when he was seven years old, had he been treated longer in childhood or received treatment in adulthood he would have been less likely to develop an addiction to heroin.   Furthermore, other factors, which likely to have contributed to an increased susceptibility to addiction include a Rock, star lifestyle and a disturbed childhood.